I had the great good fortune recently to spend a lunch hour with Richard Morrison from Kapiti Coast District Council (KCDC). On the surface this may not appear exciting, but the meeting had two things going for it: the lunch was free (thanks to Judith Timpany at the Whanganui Community Foundation), and Richard is the Eco Design Advisor for KCDC. Sharon Duff, from the Primary Health Organisation, invited me to the meeting that was also attended by two representatives from Wanganui District Council, a pair of local builders, herself and Judith.

There is a phrase in our household we use to describe special people: “She/he is the real (sometimes additional word inserted here) deal.” Richard is all that and a bag of chips.

He is passionate, knowledgeable and generous with his time. Richard took an entire day out of his busy schedule to travel to Wanganui and share his perspectives on warm, healthy, low energy homes. 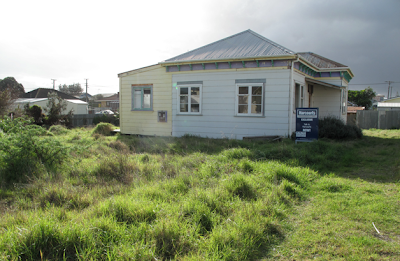 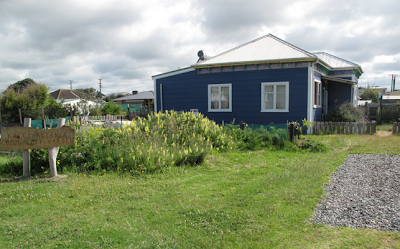 As I’ve tried to emphasize in this column, Richard’s presentation highlighted the economic savings associated with eco-design. Rising power bills concern us both. While I have written that electricity rates are on track to double in the next 10 years, Richard shared information that they could double in as little as eight! In in the case of our household, a rise from $22/month to $44/month would not break the bank, but for families paying $300, a rise to $600 could be devastating. When this is added to the recent radical increases in homeowners’ insurance, the effects could be profoundly negative for local businesses due to less available ‘disposable income’ of the average Wanganui resident.

And beyond that, as electric rates rise, more people may choose not to heat their homes because they cannot afford to. This would exacerbate an already major challenge facing New Zealand: health problems associated with cool, damp homes. Here is some information from the Eco Design Advisor Network (Participating Councils: Auckland, Hamilton, Palmerston North, Kapiti Coast, Lower Hutt, and Nelson):

New Zealand homes are generally cold, damp, unhealthy and inefficient in energy and water use:
• NZ homes are on average 6 degrees Celsius below World Health Organization recommended minimum temperatures in winter.
• 80% of NZ homes are inadequately insulated.
• 45% of NZ homes are mouldy.
• NZ has the second highest rate of asthma in the world, and an excess winter mortality of 1600, a much higher rate than other OECD countries.
• Cold, damp homes pose serious health risks, particularly for the most vulnerable groups in the community who spend the most time at home.

Unhealthy homes clearly cost the health system, but also cost the economy through lost productivity due to worker illness.

Sustainability is often presented as a triangle including environmental quality, human needs, and economic viability. This is a model I have used as a teacher for 20 years. 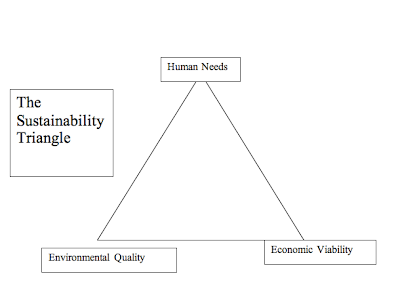 But the more I learn about the majority of housing stock in New Zealand, a different triangle comes to my mind – a sort of Bermuda Triangle where things such as money and health disappear. The three points of this sub-standard housing triangle are: Unhealthy, Inefficient, Wasteful. 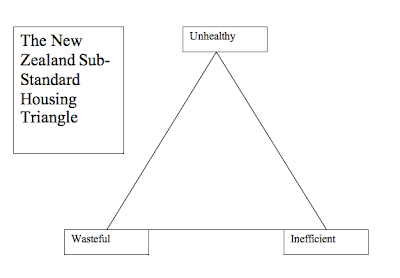 The Eco Design Advisors are doing amazing work to combat the Bermuda Triangle of New Zealand homes, and rescuing families from the netherworld of cold and mould. Learn more at their website: www.ecodesignadvisor.org.nz

Thanks again to Richard for taking the time to share his insights with our community. Chur, bro!

Peace, Estwing
Posted by The Eco School at 12:56 PM