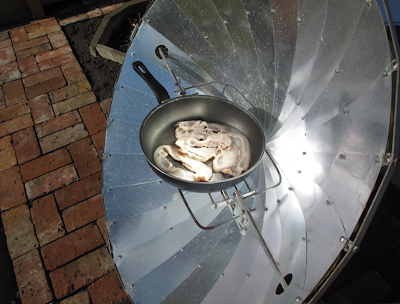 Almost everything we think of as ‘energy’ on our planet can trace its power to the sun. These include petrol, diesel, coal, methane, propane, LPG, as well as wood, wind, and hydroelectric. The first six on this list are sometimes called ‘ancient sunlight’, because, as fossil fuels, they are the result of organisms (mostly plants) that lived and died millions of years ago. As we learned in school, the amazing process called photosynthesis converted that ancient sunlight into living matter (biomass).

The last three on the list are sometimes called ‘current sunlight’ because they are powered by solar energy that reaches the earth on more of a human time scale – from days in terms of wind to decades in terms of wood. While wood is considered a form of biomass, wind energy and hydroelectricity are not the result of photosynthesis, but rather the result of the sun heating the earth’s continents and oceans. High and low pressure systems cause winds, and water falling back to earth in the mountains can drive hydro dams as it travels down rivers back to the sea.

All of this demonstrates how important the sun is to life as we know it, but does not include a number of ways in which the sun is used directly by humans as an energy source. These different forms of ‘solar power’ can be roughly classified into two categories: heat and electricity.

Forms of solar heating include passive solar building design, solar hot water, and solar cooking. We use all of these at our home in Castlecliff. Together, these have helped us live comfortably with a power bill that ranges between $20 and $30 per month. 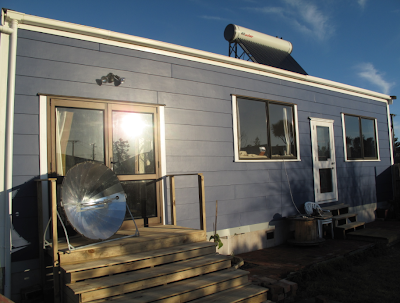 Forms of solar electricity include photovoltaic (pv) panels and solar thermal power. Most of us are familiar with pv panels because we have seen them on houses or calculators. There is some very cool science that goes on in these ‘solar cells’ where sunlight forces electrons across a boundary, which then causes a flow of electrons (electricity) through a wire. We do not have pv panels on our home, but we do have an emergency solar radio and flashlight tucked away somewhere.

Solar thermal electricity may be the least familiar to New Zealanders because it is a younger technology than pv and no such power plants have been built here. It is, however, catching on in a big way elsewhere. California, for example, has just built the world’s largest solar thermal plant in the Mojave Desert, which consists of 170,000 mirrors and three 130-metre concrete towers. The mirrors track the sun throughout the day and reflect light onto the towers. This intense heat boils water over 500 degrees Celsius, which creates steam that turns a turbine connected to an electric generator. It is estimated that the plant will power 140,000 homes at a construction cost of $2.2 billion (US).

Don’t have that kind of cash on hand but still want to learn more about using solar energy in your home?