I had great hopes for the Copenhagen Climate Conference in December 2009...and then I was very disappointed. In the two years since, it has become clear that most governments worldwide no longer consider carbon reductions as an approach to dealing with climate change. Rather, the focus seems to have shifted to adaptation. 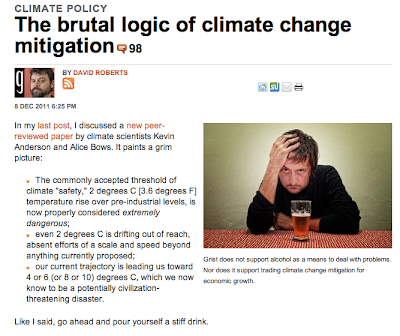 That saddens me because we are now essentially condemned to deal with the predicted extreme weather effects of climate change instead of trying to avoid them by reducing emissions. 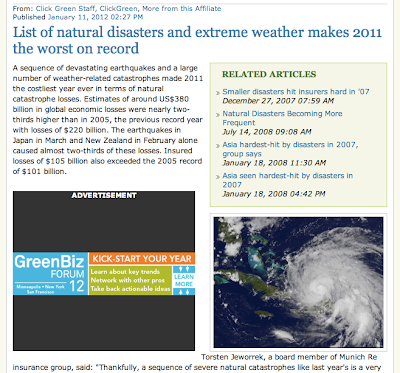 I consider this a lack of will. It gives me little hope that humanity will have the will to deal with other pressing environmental, economic and social issues facing us. 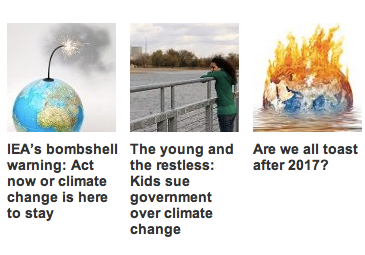 We are feeling an increasing rate of extreme weather events in our community. 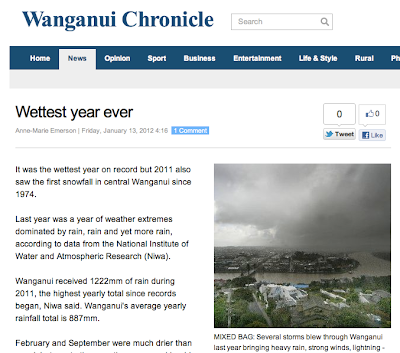 And out our back door. 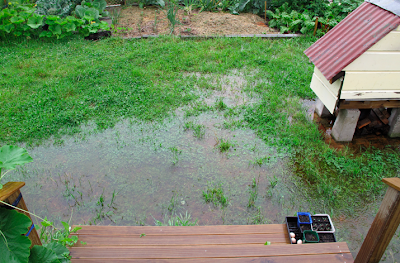 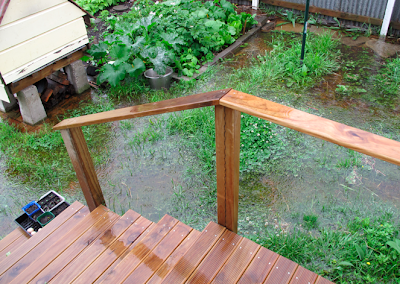 Yet we had standing water that remained for hours. Permaculture founder Bill Mollison is famous for saying, "The problem is the solution." A partial solution to our flooding problem can be dealt to by collecting and storing some of the water. 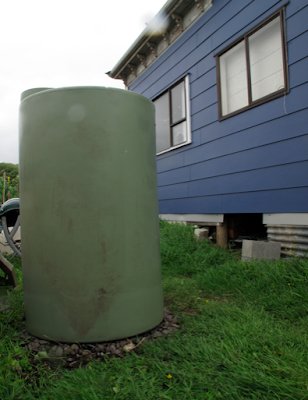 This 1,000 liter water tank is not large enough to take all the excess water during a major rain event, but it will take some. And it will serve other functions too. A major principle of permaculture is redundancy. Currently we only have one water source: city mains. Yet if there is an earthquake like the ones in Christchurch, we would be left high and dry. By having the capacity to collect and store our own water we protect ourselves against natural disasters.
Additionally, we have had some extreme wind events lately which prompted us to put up wind netting last month. 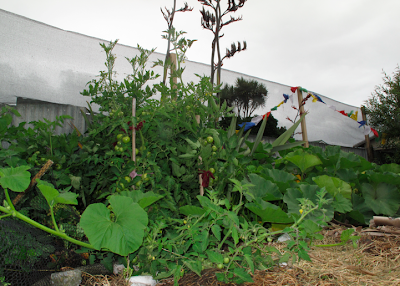 But that was not enough. I recently purchased 20 more meters to install soon. 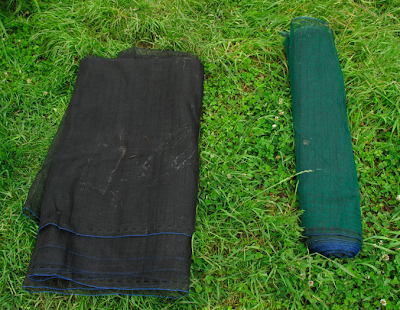 I have come to the conclusion that governments cannot be depended on to avoid disasters be they environmental or economic. Therefore, we need to protect ourselves. Investing in wind netting and water tanks are just two examples of protecting against weather extremes. Wind breaks and water storage are central to permaculture landscape design. Even on our 700 square meters we are designing for resiliency in these ways and others too. I'll explain some of those another time.

Peace, Estwing
Posted by The Eco School at 3:50 PM