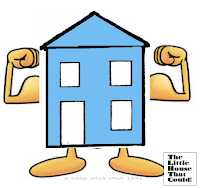 This post is part of The Little House That Could series, designed for upper primary school and lower intermediate school children. The academic curriculum that accompanies these posts was developed by the ECO School with partial funding from Wanganui District Council and administrative support from the Sustainable Whanganui Trust.
So far we have learned about how the sun can warm a home and how "thermal mass" can store heat during the day and let it out at night. The third thing to include in a passive solar home is insulation. 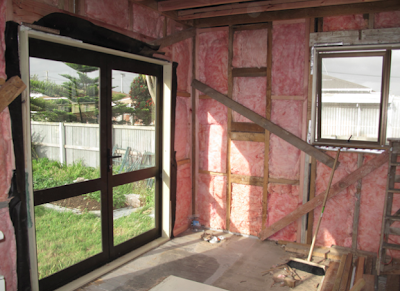 Remember, things that sink in water are better as thermal mass and things that float are better as insulation. The higher they float in water means they are probably better insulators.
When it's cold, most heat escapes from a house through the roof, then the walls and then the floor. 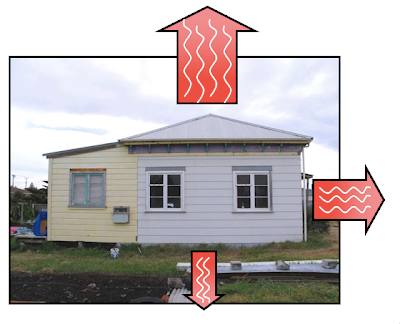 So we put heaps of insulation above the ceiling, some in the walls, and a bit under the floor. We also removed the window in the yellow part of the house on the left because it faced southwest. That means it let lots of heat out in the winter and let lots of heat in during the summer. That's no good! 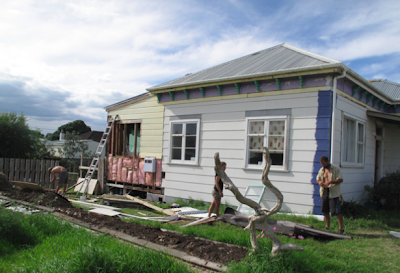 This is the way it looks now. Warm as! 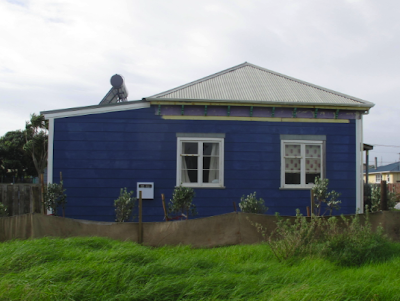 Thermal curtains also act as insulation to keep heat from going through windows. You probably already use them at home. We use thermal curtains, but also put an extra layer of wool on some windows for extra insulation. 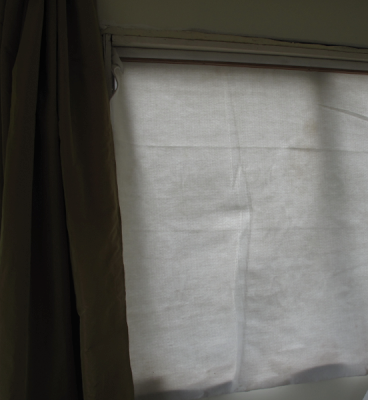 And another way to insulate windows in double glazing. The two layers of glass hold an air space between them that acts as an insulator. We don't have double glazed glass windows, but we are using plastic to double glaze our windows. Can you see it? 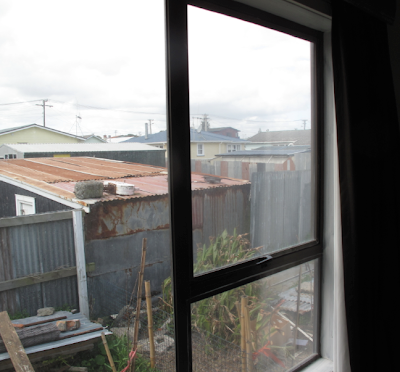 It's practically invisible! For about $100 you can do every window in your house. That much money won't even buy one double glazed glass window. If your family does not have very much money to spend but wants a warmer home and lower power bills, this might be a good idea for them. All of these things together - plus solar hot water and energy efficient fridge, washing machine, etc. - help us have a warm house and low power bills. 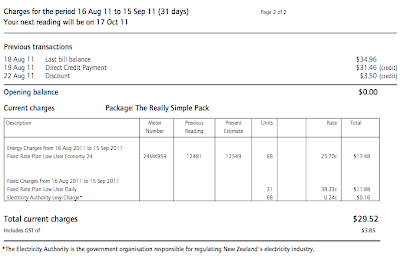 During August we used 68 units of electricity. The average home in NZ probably used about 800. If each unit of power costs 25 cents, how much money did we save in just one month compared to the average NZ home?
(800 x 0.25) - (68 x 0.25) = ?
Post your questions and comments. I look forward to seeing you on a field trip to our Little House That Did!
Peace, Estwing
Posted by The Eco School at 1:58 PM

Email ThisBlogThis!Share to TwitterShare to FacebookShare to Pinterest
Labels: Eco Thrifty Renovation, The Little House That Could